The Unlock NAMA campaign was set up to promote access to NAMA owned properties for social and community use. We saw their campaign as politically important and socially significant, so we decided to run a fundraiser to support their work. It was a night of great variety with bands and DJs all erring on the side of hardcore in their various genres. 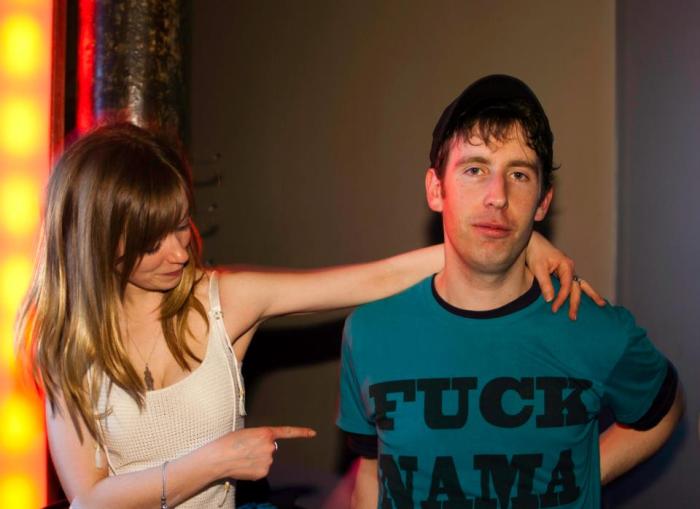 DJ Welfare with Freda from PFP photo by Jason Kearney

NAMA, the National Assets Management Agency, was established by the Irish Government in 2009 to take over property loans from the country’s banks in response to the Irish financial crisis. NAMA took loans to the value of over €72bn from the bailed-out banks but paid just €32bn for them. While the country was in post-Celtic Tiger recession with job losses and austerity measures kicking in, squandering public money to bail out banks riddled with scandals caused considerable anger amongst the people. 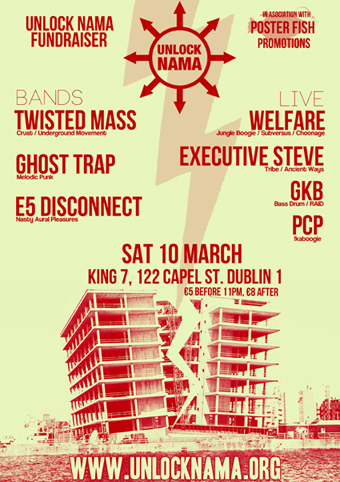 The gig poster, designed by Damo

While NAMA was trying to make public funds available to bail out private banks, Unlock NAMA was trying to make public buildings available for public use. Sizeable portions of NAMA loans had incomplete paperwork and it was extremely difficult to discover details of property ownership and sales. NAMA was also exempt from the Freedom of Information act so activists took direct action. Unlock NAMA engaged in acts of civil disobedience occupying NAMA owned buildings. Their occupations forced receivers to come forward if they wanted the guards to remove the activists from the building. They held workshops and community events in the buildings they occupied for as long as they were allowed to remain there. 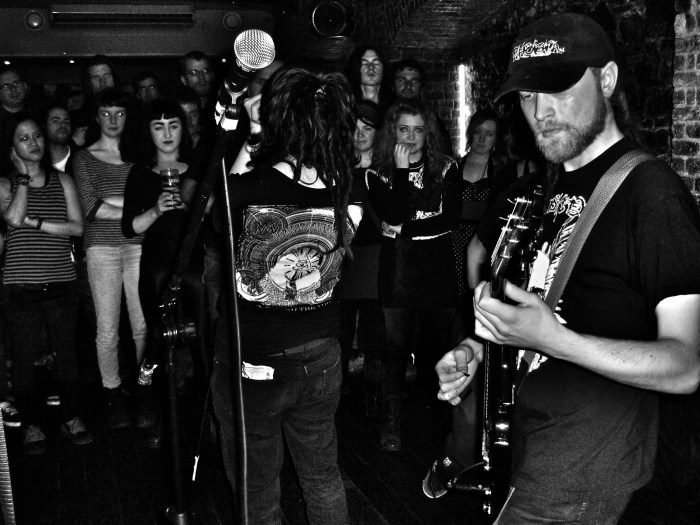 The gig was held in King 7 on Dublin’s Capel Street on 10 March 2012 and saw the short-lived, but brilliant E5 Disconnect open up for indie-punks Ghost Trap and crust band Twisted Mass. Twisted Mass’s lead vocalist Myler gave a phenomenal and memorable performance that night. 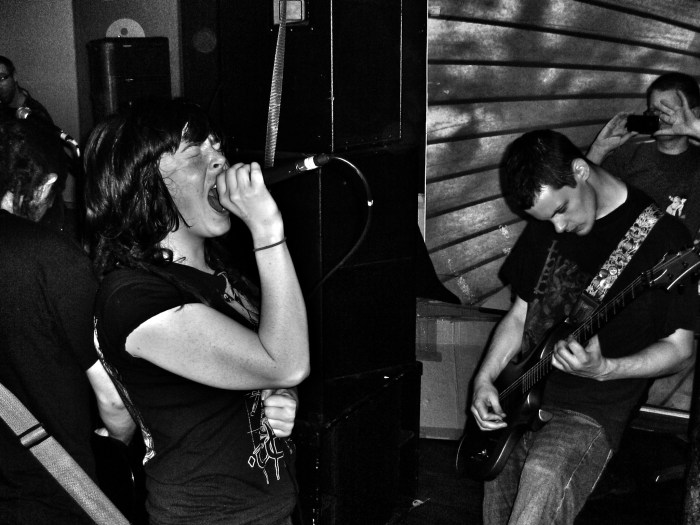 DJ PCP of Radió na Life, !Kaboogie, The Haunt, The Underground Piano Bar and Gramophone Disco bridged the unbridgeable gap between hardcore metal and the Drum & Bass/Jungle sets that were to follow. As always, he did it seamlessly leaving GKB, Executive Steve and DJ Welfare to finish the night. 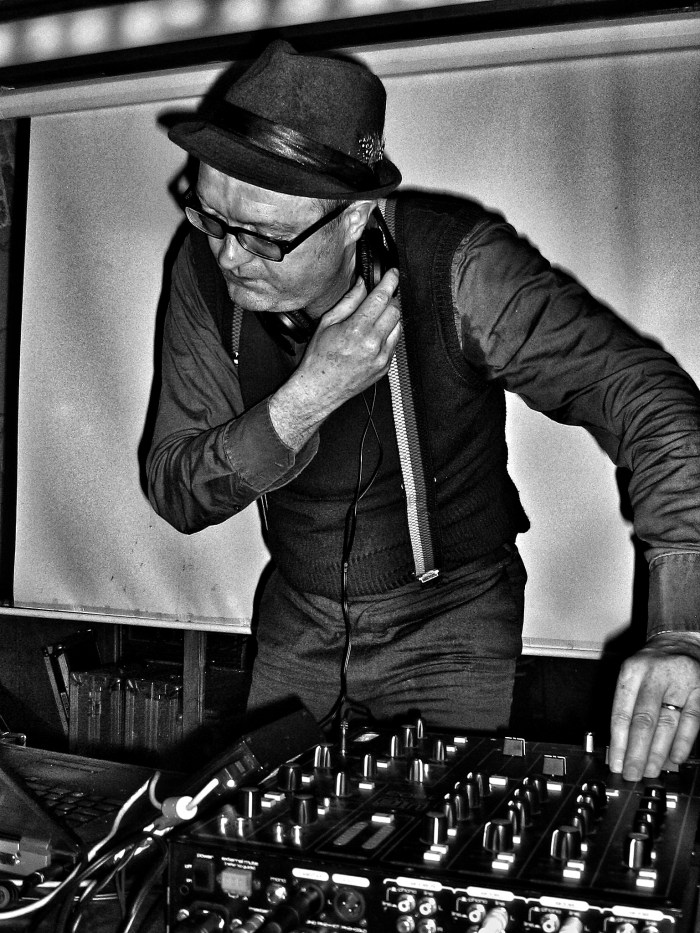 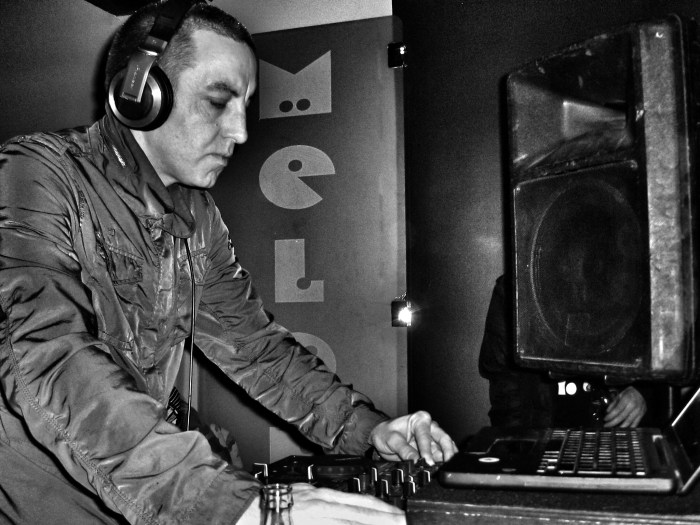 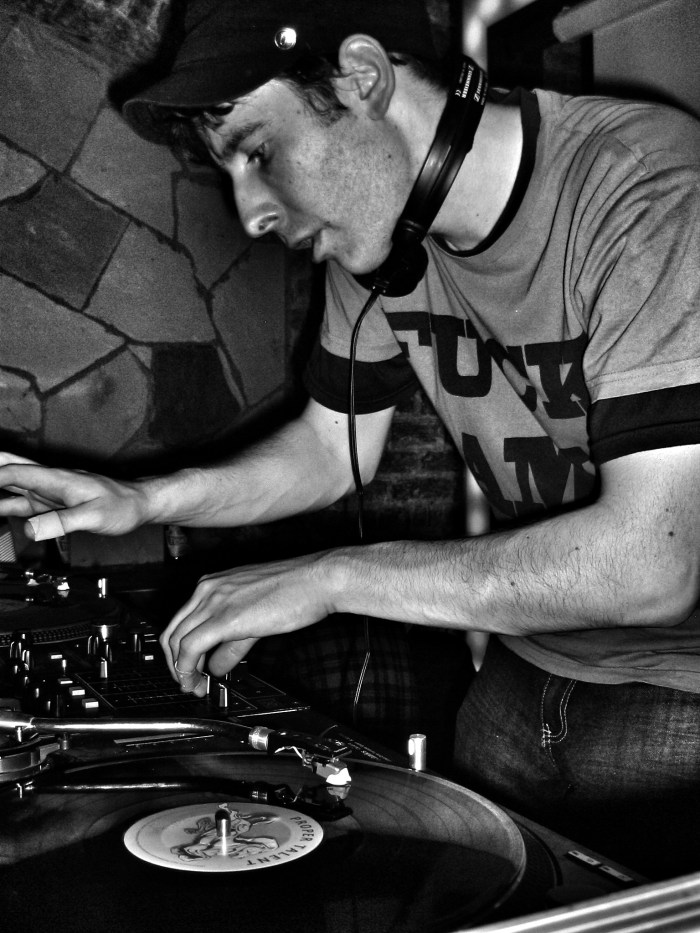 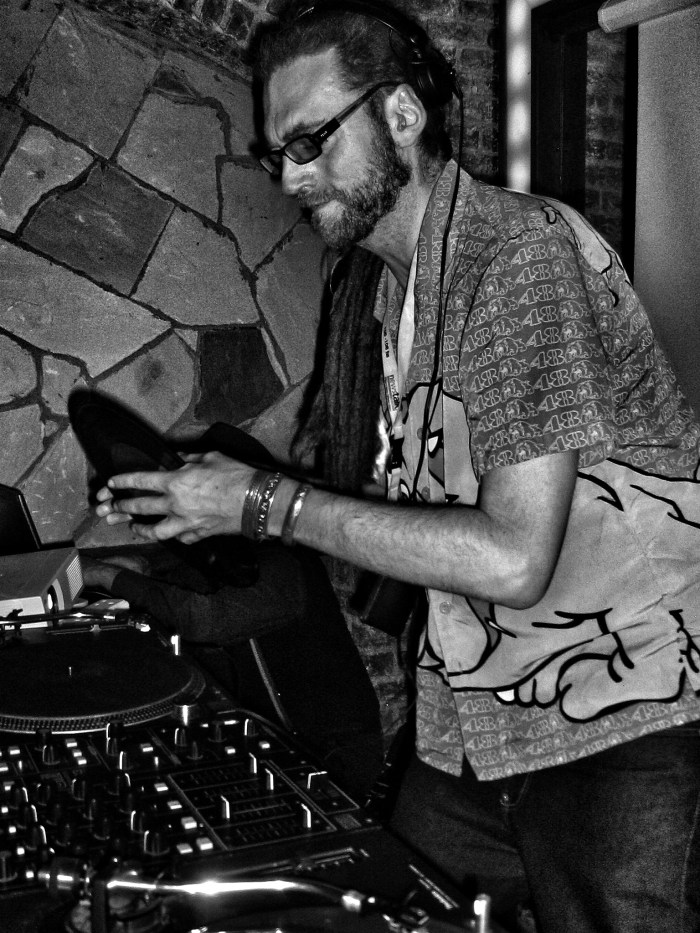 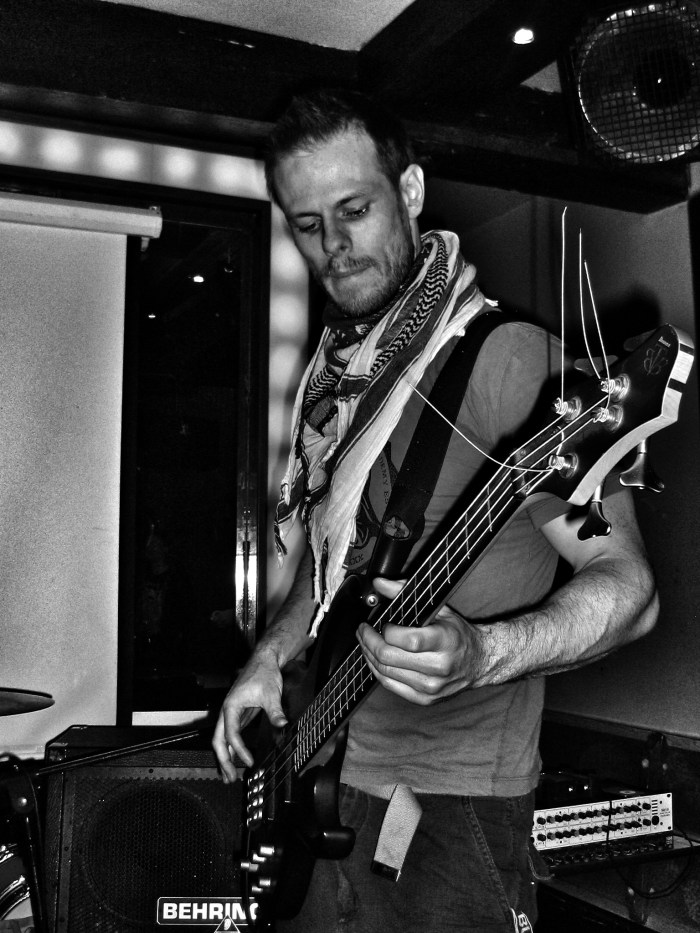 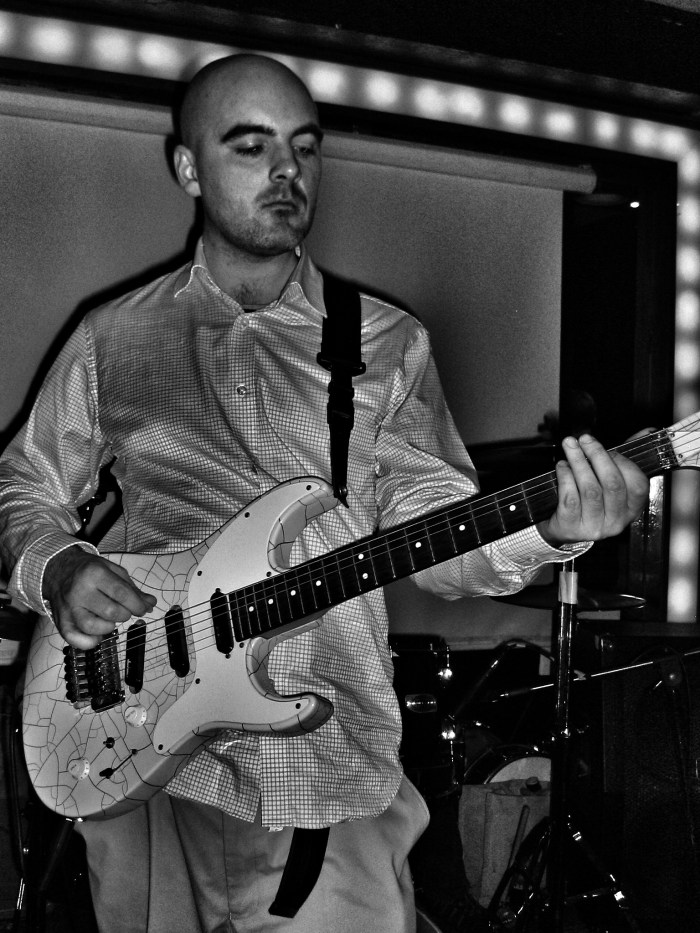 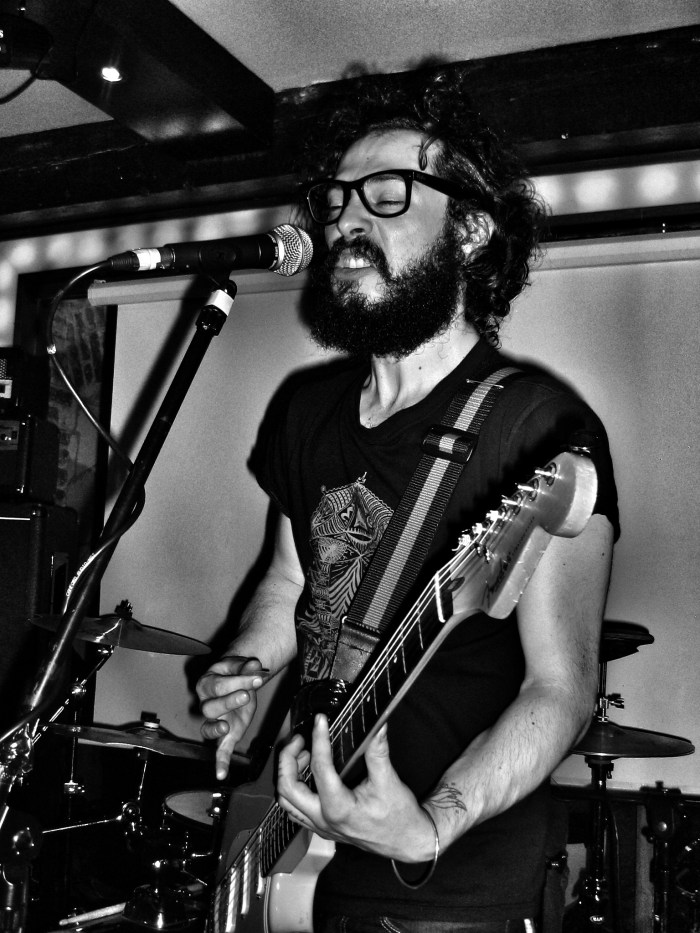 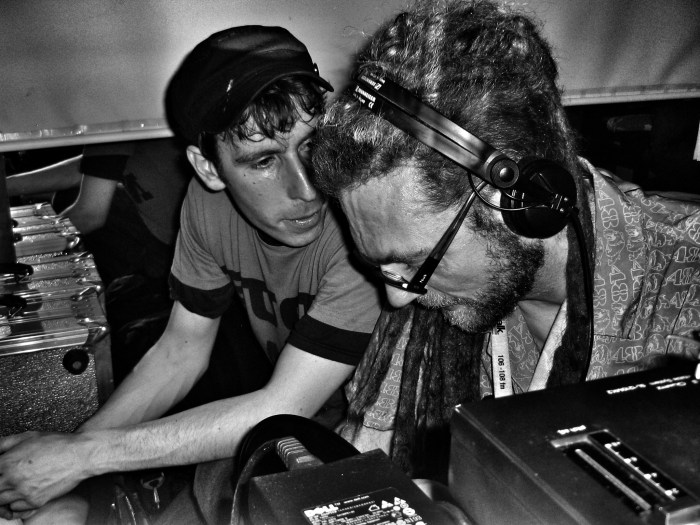 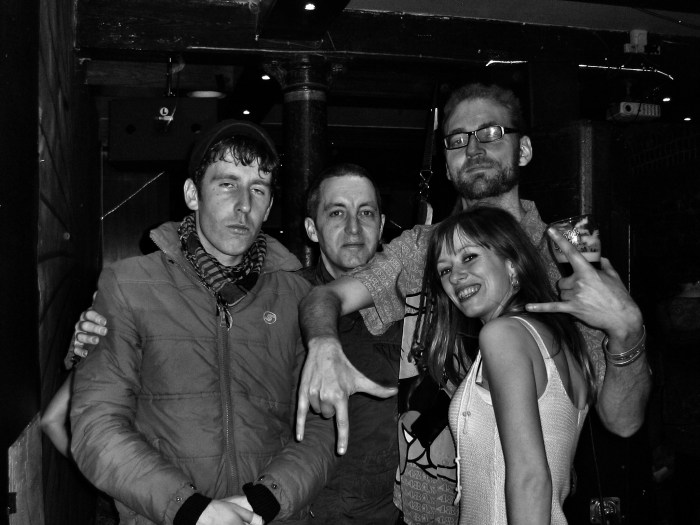