In February 2020 the ‘ghost ship’ MV Alta crashed on the rocks east of Ballycotton Lighthouse in County Cork. The mysterious ship had washed aground during Storm Denis and was spotted incidentally by a member of the RNLA who happened to be out jogging near Ballyandreen on the morning of 15 February. At 80 metres long with no crew, alive or dead, on board, its arrival caused quite a stir. It’s unlikely anyone who saw the ship on that first morning was aware of its strange and eventful backstory. 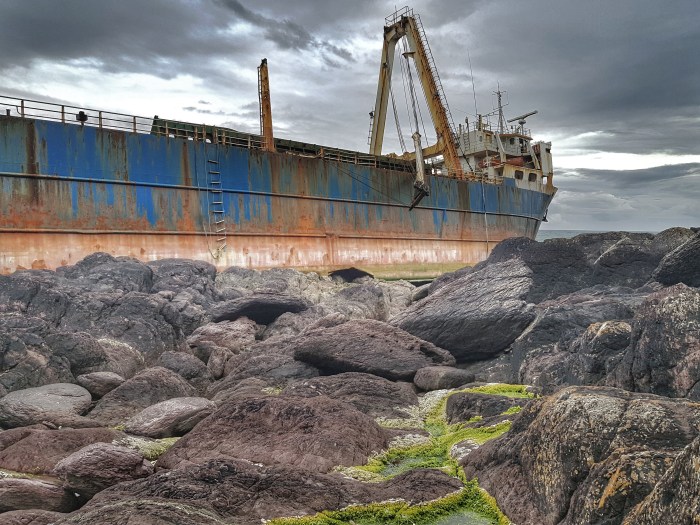 The MV Alta was originally built in 1976 and sailed under a Norwegian flag. It was first named the Tananger. Over the years it has changed ownership and name numerous times and has sailed under the Greek, Panamanian and Tanzanian flags. In September 2018 the ship suffered loss of propulsion on route from Greece to Haiti and was left disabled and adrift in the Atlantic for 20 days before its crew of 10 was rescued by the US Coast Guard. The crew only had enough food to last them two more days when reports of their distress were received. Supplies were airdropped to the ship so the crew could sustain itself for another week while the Coast Guard made the lengthy trip to rescue them 2,200km south-east of Bermuda. The crew were taken to Puerto Rico and on 10 October 2018 the Coast Guard’s Fifth District command centre reported that it, “has been working to coordinate with the ship owner for a commercial tug to tow the vessel to shore.” 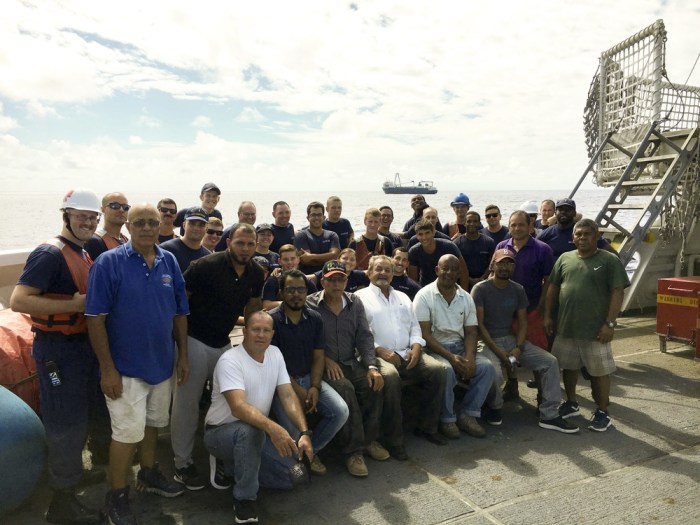 Events get hazier from here. The ships owner is registered as Miami based company Alta Sg LLC. No shipping company of this name seems to exist and when companies with similar names based in the UAE and Spain were contacted by the Irish Examiner newspaper, they had no record of the MV Alta on their books, not even under any of its previous names. A spokes person for the US Coast Guard told the newspaper that,

“Weather conditions and equipment limitations made it unsafe to tow the vessel at the time of the rescue. Due to the location of the vessel and its flag, the U.S. Coast Guard did not have jurisdictional authority to conduct any salvage enforcement in the matter.”

It is unclear if they ever managed to contact the owner, but on 3 September 2019 British Royal Navy ship the HM Protector spotted the abandoned MV Alta in the mid-Atlantic. They got close to it and tried to make contact and reported that no one replied. In 2019 maritime news website FleetMon reported receiving correspondence from someone claiming to be the owner saying that the ship had been hijacked by the company they had hired to salvage it. They claimed it had been towed to Guyana where it had been then hijacked again and not seen since.

Whether there is even a grain of truth in the last part of the story is likely tied up with the huge financial burden involved in salvaging a shipwreck. 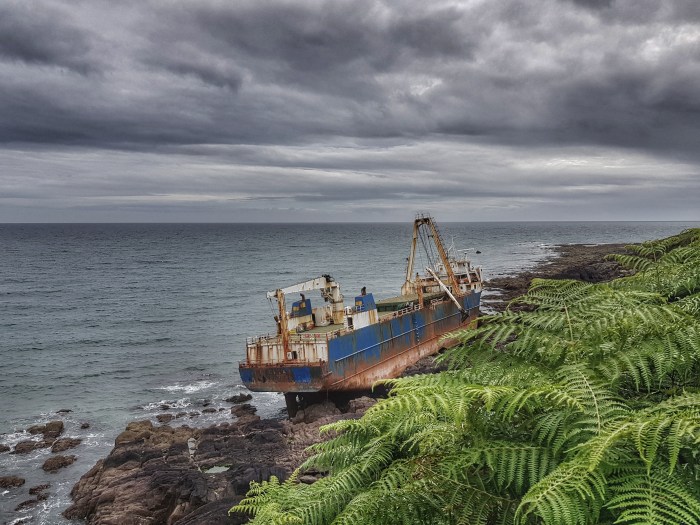 From 3 September 2019 to 15 February 2020 there were no reported sightings of the ship until it washed up on the rocks at Ballycotton.

Soon after the ship ran aground, we were hit full force with the global Covid-19 pandemic, so lockdown measures meant it was July before I was able to make the trip down to try to find and explore the wreck. Cork County Council had been actively asking people to stay away from the wreck so we weren’t sure how close we could get. Locals had cleverly and discretely marked the most straightforward path from Ballyandreen to the wreck to stop people trekking through their gardens or trying to climb around the dangerous rocks from the beach. The path along the side of the cliff is barely a path through dense ferns, gorse, and heather. Watch out for ticks and try not to go in shorts or bare legs. After about twenty minutes you can see the wreck and if the tide is out you can climb down the dangerous cliff face onto the rocks where it crashed. We timed our visit with the tides so were able to walk right out to the boat and touch its huge hull. 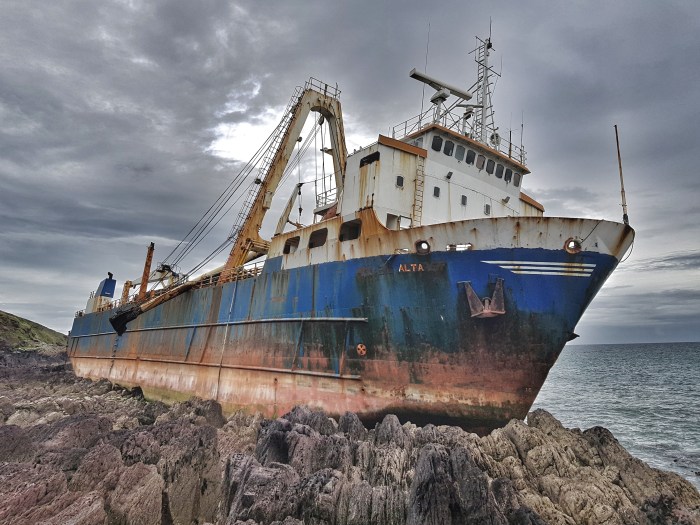 One the way back to the car that evening we spotted a Pink Cockatoo sitting on a telephone wire near the cliffs. It was completely out of place in East Cork, so we asked a local man about it. It was first spotted a few months after the ship arrived leading people to speculate that it might have been nesting onboard. No one really has any idea how it got to Ballycotton or where it came from, but now the locals feed it and some native pigeons have welcomed him into their flock.

Since we were there last year, the wreck of the MV Alta has deteriorated significantly. There was a fire onboard in April 2021. Fire crews attended the scene and there were no casualties. The Marine Casualty Investigation Board has warned that it may pose a pollution risk as it deteriorates. Local authorities are now strongly advising people not to attempt to climb on board the wreck as it has deteriorated to the point of being extremely dangerous. There’s loads of drone footage of the wreck avaialble online, but this young lad was one of the first people to post from inside the MV Alta after it crashed in 2020. I’ve no idea what he’s saying as I don’t speak French but he got some good footage. 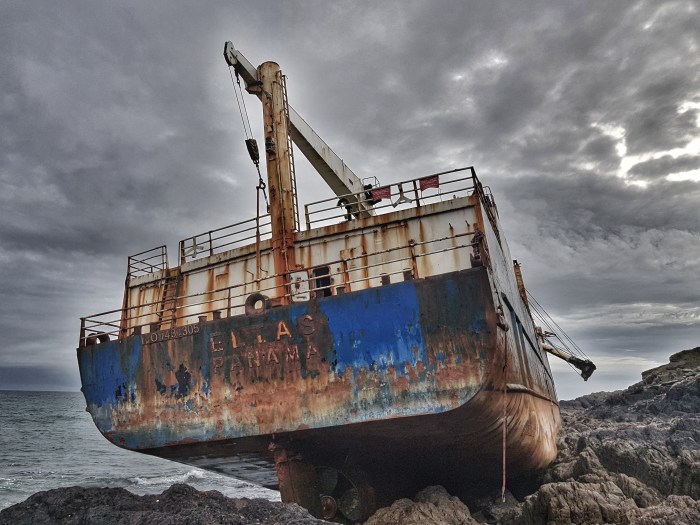 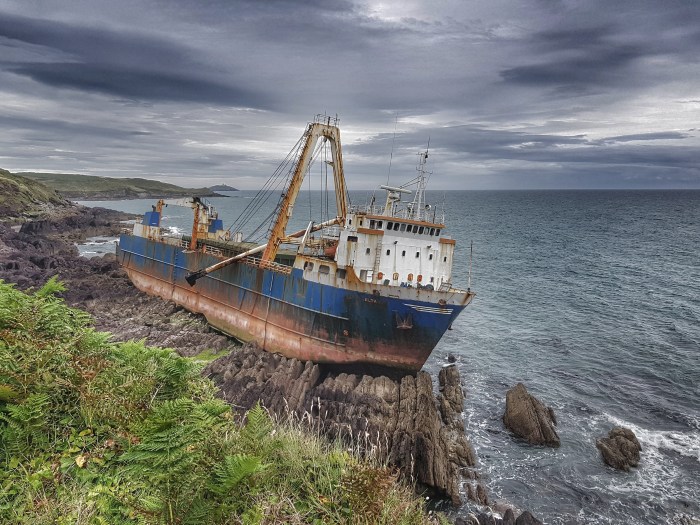