We spoke to Thomas O’Connell of Moby Bikes who have been providing free electric bikes for healthcare workers so that they can get to work safely during the Covid-19 pandemic.

Moby won a license to operate Ireland’s first dockless electric bike scheme in Dublin and were due to launch on 1 April. Clients use an app to avail of the bikes on a pay as you go basis. Once you have the app you can pick it up and park it at any U-shaped bike stand in the city. 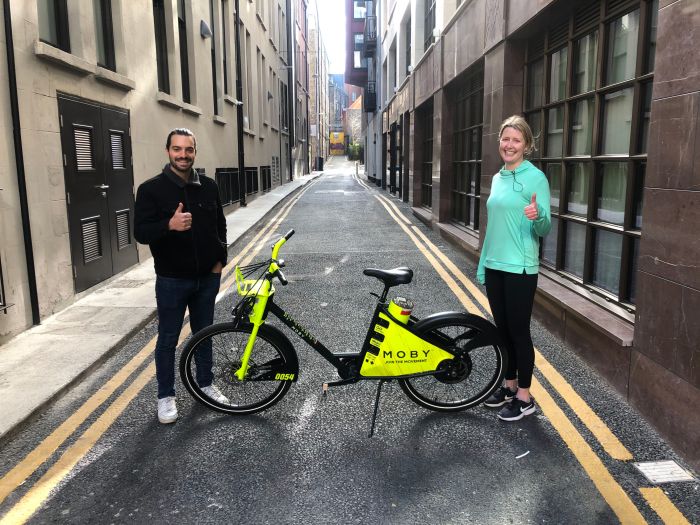 When the pandemic hit Moby had to postpone their launch. They decided to examine what others in their industry were doing internationally. They saw that a lot of people had switched to bike sharing in order to avoid public transport. They decided to offer their bikes to healthcare workers rather than leave them idle.

Thomas told us: “We contacted James’s Hospital and asked about giving them bikes. In parallel we were contacted by a doctor in Beaumont who felt this would be safer than getting the bus. We responded on twitter and the next day we were inundated with requests. It really took off, but we had to figure out how we would fund it. We launched a Go Fund Me campaign so the public can help. We’re using that funding to cover the hiring of new staff, delivery, battery swaps and insurance.” 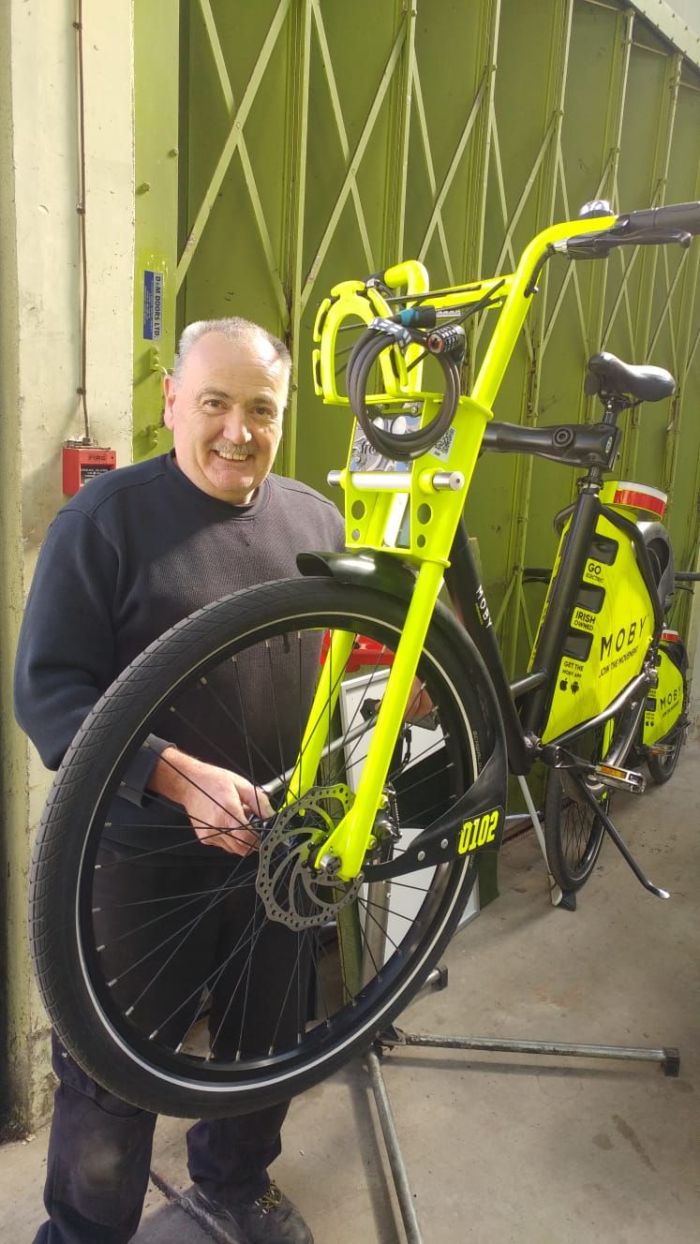 If a healthcare worker is interested in availing of a bike they can sign up on Moby’s website. They are then added to a WhatsApp group and allocated a time slot to pick up their bike. Originally, they were only going to launch 30 bikes in a phased approach before the pandemic. Moby have 50 free bikes out now, but their funding only allows for 70 so they are looking at how they can increase capacity. They have taken on 2 extra staff to deal with demand. They have 140 sign-ups so far and may have to switch to providing bikes for a really low subscription fee which would still work out much cheaper than public transport.